Starting around the turn of the twentieth century, there was an epidemic of a disease called pellagra. Mostly forgotten now, it was an epidemic that lasted roughly 40 years. The disease would first manifest as skin inflammation and lesions and mouth sores, before effecting the gastrointestinal tract, followed by dementia, and eventually death.

Between 1906 and the start of World War II, there were an estimated 3 million cases of pellagra, and 100,000 deaths. Most of these were in the rural south.

Doctors and scientists were baffled. It was assumed this disease was caused by bacteria or a virus, like so many other diseases, yet they could never find it. The government sent out workers to teach people how to clean and disinfect their homes and their hands and everything else, yet still the disease spread and grew. In 1926, after 20 years of the epidemic rising, the root cause of pellagra was finally discovered: malnutrition.

A lot of scientists rejected this finding. Pellagra could not be caused by malnutrition, they said, because many of the people affected were eating their fill. The rural south, where the outbreak was at its worst, was filled with farms and farm tables loaded down with food. Not only that, pellagra was prevalent in orphanages and prisons, where they served three meals a day.

Finally, Dr. Joseph Goldberger figured it out: while the people affected by pellagra were eating their fill, they were not getting enough niacin and tryptophan. By introducing foods high in these things into the diet of pellagra sufferers, Dr. Goldberger was able to cure pellagra quickly and easily.

Still, the question remained: why did the epidemic happen? There was no great change to people’s diets leading up to this period, so why were people suddenly not getting enough niacin and tryptophan? Why were people malnourished even with full bellies?

Well, it turns out the diet did change, significantly.

Starting in the 1870’s, roller grist mills replaced stone grist mills, which made it easier to refine flour. White flour, which had been available for a high price since the Medieval period, was suddenly cheap and abundant. Not only that, whole wheat flour spoiled, while white flour kept indefinitely. Plus, the bread made with white flour was softer, much easier to eat.

By the start of the twentieth century, nearly all the bread being eaten in the United States was white bread, while the coarse meal that was separated from the white flour was fed to livestock.

Of course, all the niacin and tryptophan that human bodies were needing- as well as other vital vitamins and fiber- were in that coarse grain that was being fed to the pigs. The white bread humans were eating was softer and easier to eat, but it was also killing us. That’s how we ended up with malnourished people with full bellies. 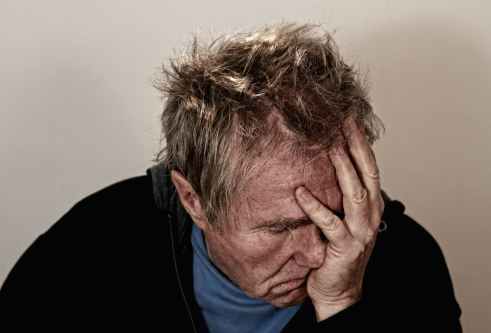 Photo by Gerd Altmann on Pexels.com

Photo by mali maeder on Pexels.com

Jesus offers us a hard, and honestly gross, teaching: “Unless you eat the flesh of the Son of Man and drink his blood, you have no life in you.”

I don’t want to eat someone’s flesh or drink their blood. That sounds down right disgusting. And Jesus’ hearers were turned off by this, too. “How can this man give us his flesh to eat?” they asked. We are told in verse John 6:66 that because of this difficult teaching, many of his disciples left.

Let’s be honest, a bloody savior is a hard sale. “Deny thyself and take up your cross,” will never make it on the self-help shelf. “Be perfect, as your Father in Heaven is perfect,” is an impossible standard. “If you want to save your life you must lose it,” will never be featured on Goop.

Jesus’ teachings, Jesus’ way of life, is hard to swallow.

It is tempting to take out the hard stuff. I have heard recently that there is no room and no need for a gory crucifixion story in the modern church. If we want to bring in more church members, we need to downplay the harsher things about Jesus and focus on the positive.

That is how we end up with Christians whose bellies are full, yet they are spiritually malnourished.

Church, I worry about you. Not in the negative way, but more like your grandma worries about you. I worry: are you getting enough to eat? Are you eating the right thing?

Jesus said, “…unless you eat the flesh of the Son of Man and drink his blood, you have no life in you.” Folks, there is no other way to live. We are surrounded by easier teachings. We are trained by this world to please ourselves. We are rewarded when we pursue our selfishness. We are tempted with the same lie the serpent has been spreading since the Garden of Eden: you can be like God on your own.

But… when you do come to that cross just as you are, not trying to earn a place or prove your worth but confessing your sins and casting yourself on God’s grace and mercy alone, when you do eat the flesh and drink the blood of Jesus Christ, eternal life begins here and now.

You are what you eat. When you eat the flesh and drink the blood of Christ, his life enters you and becomes a part of you. It nourishes your soul. It feeds your heart. And the more Christ you eat, the more you become like Christ.

Are you getting enough to eat? Are you regularly filling up on the bread of life? Or, are you slowly dying from malnutrition, your belly full of the fluffy, empty bread of this world?